Adoption for LGBTQ+ Couples: What Illinois Families Should Know

Adoption for LGBTQ+ Couples: What Illinois Families Should Know 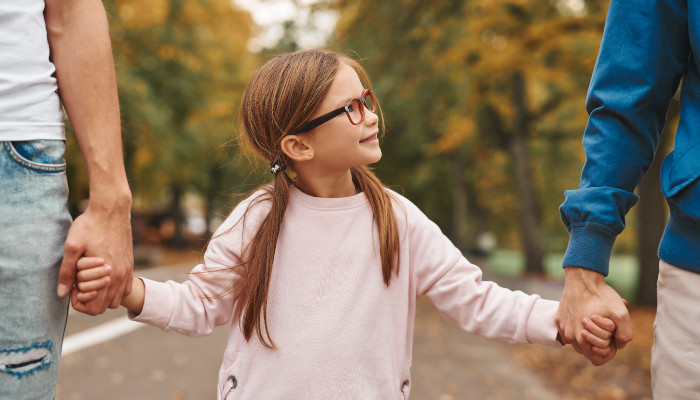 Bringing a new child into your home can be one of life’s most exciting gifts. For those who are unable to have their own biological children or those who simply wish to expand their family in other ways, adoption is a method for making that much-desired child or teenager a part of your future. This includes LGTBQ+ individuals and same-sex couples — who have had the legal ability to adopt under Illinois law for more than two decades.

Indeed, many LGBTQ+ families and individuals in Illinois currently benefit from adoption — with thousands of same-sex couples raising adopted children in the state of Illinois alone, according to a report from the Family Equality Council and data from the Williams Institute at the UCLA School of Law.

Interested in learning more, or considering whether adoption is the right path for your family? Let’s explore some of the important topics and FAQs that often come up around LGBTQ+ adoption in Illinois:

The landmark Supreme Court decision in Obergefell v. Hodges legalized same-sex marriage across the United States; Illinois had previously adopted its own same-sex marriage law when Governor Pat Quinn signed the Illinois Religious Freedom and Marriage Fairness Act in 2013. Prior to formally recognizing same-sex marriages, however, Illinois had already embraced LGBTQ+ adoption as far back as 1995, when the Appellate Court in Petition of K.M., 653 N.E.2d 888 (Ill. App. Ct. 1995) interpreted the Illinois Adoption Act as having no language or regulations explicitly prohibiting single LGBTQ+ individuals from petitioning for adoption, and that the statute as written should permit same-sex couples to adopt.

In summary, this broadly means that the state of Illinois permits…

… All provided that they qualify and comply with all state requirements and that adoption is found to be in the best interests of the child.

The Illinois Adoption Act offers broad parameters for who may adopt a child under state law. Broadly speaking, anyone who is “a reputable person of legal age and of either sex” may insititute an adoption proceeding.

In order to adopt, the person may be “under no legal disability,” defined as a person 18 years or older who “is not fully able to manage his or her person or estate,” due to mental deterioration, physical incapacity, mental illness, developmental disabilities, or who “because of gambling, idleness, debauchery or excessive use of intoxicants or drugs, so spends or wastes his or her estate as to expose himself or herself or his or her family to want or suffering.”

An adoptive parent may be single, married, or in a civil union. Importantly, if the individual hoping to adopt is married or in a civil union, both spouses or partners must be a party to the adoption proceeding unless they have been living separate and apart for 12 months or longer.

Aspiring adoptive and foster parents must also submit to background and home checks, in many circumstances. At a minimum, prospective foster parents are also required to receive training about the foster care system, participate in foster care activities and meetings, and prove that they have enough space to accommodate children in the home.

If you are considering adopting a child in Illinois, there are still many important things to consider — from the types and methods of adoption available to you, to how this process works from beginning to end.

We encourage you to continue perusing some of our handy resources, below, to address some common FAQs around adoption for LGTBQ+ individuals and couples:

What Is the Impact of the 2021 Supreme Court Decision on LGBTQ+ Adoption?

If you’re interested in LGBTQ+ adoption, you may have read or heard that the Supreme Court recently issued a decision on a relevant case – and you may be wondering how it will impact us here in Illinois.

The case in question, Fulton v. City of Philadelphia, pertained to whether the city of Philadelphia could refuse to contract with a Roman Catholic adoption agency which claims that its religious beliefs prevent it from working with LGBTQ+ foster parents. As NPR explains:

At issue was a decision by the city of Philadelphia to end its contract with Catholic Social Services for screening potential foster care parents. CSS challenged the termination in court, citing its religious belief that same-sex marriage is wrong, and maintaining that ending the contract violated its First Amendment right to the free exercise of religion.

The court ultimately ruled unanimously against the city, with Chief Justice John Roberts writing in his opinion for the majority:

The Free Exercise Clause of the First Amendment, applicable to the States under the Fourteenth Amendment, provides that ‘Congress shall make no law . . . prohibiting the free exercise’ of religion… As an initial matter, it is plain that the City’s actions have burdened CSS’s religious exercise by putting it to the choice of curtailing its mission or approving relationships inconsistent with its beliefs.

Interestingly, legal watchers have noted striking similarities between Fulton v. City of Philadelphia and a 2011 case here in Illinois. As the Family Equality Council explains:

When Illinois legalized civil unions in early 2011, an amendment was introduced exempting religiously affiliated institutions from compliance with child welfare and nondiscrimination laws, allowing them to discriminate against parties to a civil union in adoption and foster care placements. The amendment was defeated and Illinois declined to renew its contract with Catholic Charities, choosing to provide those foster and adoptive services itself. Catholic Charities sued, challenging the decision not to renew the contracts…

Ultimately, the circuit court in the Illinois matter sided with the state and dismissed the case, determining that DCFS had authority to terminate its contract with Catholic Charities.

While LGBTQ+ rights advocates are concerned about the potential ramifications of the Supreme Court’s new ruling, others are taking solace in its limited scope, which does not overturn the precedent established in the landmark Employment Division v. Smith. As some advocates have argued, this indicates that the Court is not, with this decision, seeking to adopt a new standard that will broaden the potential for groups claiming religious exemptions that could significantly weaken civil rights laws.

Have Any Questions About Adopting a Child In Illinois?

Curious about what goes into the Illinois adoption process? Ready to learn more about how you can begin your personal journey toward adoption? We are here to help give you confidence and peace of mind, from beginning to end.

At The Law Offices of J. Jeltes, LTD., our compassionate and skillful team can help handle both related and unrelated domestic adoptions, including grandparent adoptions, stepparent adoptions, and adoptions of a ward through the state or a reputable adoption agency. After adoption, we can continue to provide access to information and resources that may help make the adjustment easier.

Founded in 2009 and offering more than 20 years of combined experience, the attorneys and staff at the Law Offices of J. Jeltes work together to provide skilled, efficient, and affordable legal representation to individuals and families.  We know that restructuring a family or making a huge life change can be a vulnerable time, and we endeavor to remain thoughtful and effective in helping achieve the best possible results.

We know that every situation is unique, and our attorneys can provide you with a comprehensive one-on-one consultation to discuss your legal concerns and goals. Don’t hesitate to contact us to begin the conversation.