Contesting a Will in Illinois: What You Need to Know

Contesting a Will in Illinois: What You Need to Know 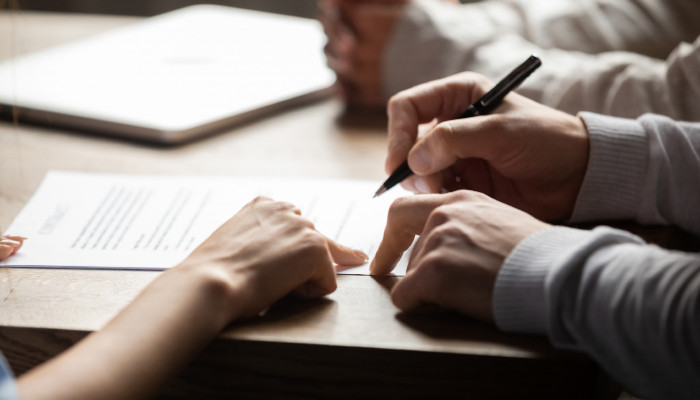 A will is an essential component of any comprehensive estate plan. This important legal document may be used to set down your wishes for how you want your property to be distributed at your death, as well as to name the guardian for your surviving minor children.

A will contest is a challenge to the validity of a decedent’s last will and testament. Like any contested estate matter, a will contest can make probate more complex, time intensive, and emotionally fraught — whether you are in a position to defend the validity of your loved one’s will, or if you have standing to take action and believe that a challenge is warranted.

Who Can Contest a Will in Illinois?

The Illinois Probate Act states that any “interested person” may file a petition to contest the validity of a will. An interested person is defined broadly as “one who has or represents a financial interest, property right, or fiduciary status at the time of reference which may be affected by the action, power, or proceeding.” In estate administration cases, this typically includes heirs, legatees, creditors, any person entitled to a spouse’s or child’s award, and the representative of the estate.

The Illinois Probate Act also states that the right to institute or continue a proceeding to contest the validity of a will survives and descends to the heir, legatee, representative, grantee, or assignee of the person entitled to institute the proceeding.

What is the Process for Contesting a Will?

Broadly speaking, a will contest may be filed to challenge the admission of a will to probate, or to challenge the denial of admission of a will. In the first case, the goal of the petitioner is to establish the invalidity of the will which has been admitted to probate; in the latter, the petitioner’s goal is to establish the validity of a will which has been denied administration.

Both types of contests proceed in a similar manner.  An interested person has within six months after the admission or denial of a will to file a petition to contest the will. The representatives of the estate and all heirs and legatees of the testator must be made parties to the proceeding.

Any party to the proceeding may demand a trial by jury, with the goal of determining whether or not the instrument produced is the valid will of the testator. Both contestants and proponents of the will may present evidence to back up their claims.

On What Grounds Can a Will Be Contested?

A contestant with standing may assert any number of grounds to invalidate the will, including undue influence, lack of testamentary capacity, fraud or forgery, revocation, and ignorance of the contents of the will.

Undue influence is that which affects the testator’s agency, and which “prevents the testator from exercising his own will in the disposition of his estate.” It must be proven that undue influence was directly connected with the execution of the will.

A rebuttable presumption of undue influence may result when a fiduciary relationship exists between the testator and the legatee, such that:

The party contesting the will must demonstrate that the legatee who is the dominant party procured the execution of the will. Once the plaintiff has raised the presumption of undue influence, the burden of producing evidence to rebut the presumption shifts to the person with the fiduciary relationship. For the purposes of a will contest, there is precedent that a fiduciary relationship can also arise out of an informal relationship that is “moral, social, domestic or even personal in its origin,” though this relationship must be established by proof that is “clear, convincing, and so strong, unequivocal and unmistakable as to lead to but one conclusion” (Swenson v. Wintercorn, 234 N.E.2d 91).

The Illinois Probate Act states that every person who has attained the age of 18 years and is “of sound mind and memory” has the power to bequeath through a will. In Illinois, testamentary capacity is broadly defined as having the:

mental ability to know and remember who are the natural objects of [one’s] bounty, to comprehend the kind and character of [one’s] property, and to make disposition of the property according to some plan formed in [one’s] mind.

Illinois law presumes the sanity and soundness of mind of every person; the person contesting the will’s validity has the burden of proving the contrary. A will can also only be invalidated if the contestant can prove that the testator lacked testamentary capacity at the time the will was executed. If the will was properly executed before the testator lost capacity, for example, the plaintiff does not have grounds for a will contest.

Forgery refers to misrepresenting the will as having been signed by the testator when it was not. To establish forgery, the contestant must prove that the witnesses were unworthy of belief, that the testator could not have been present at the time and place in which the will was allegedly signed, or that the handwriting of the signature is not the testator’s.

A will may be revoked through:

A will last known to have been in the possession of the testator which cannot be found upon his death is presumed to have been destroyed by the testator with the intention of revoking it. This presumption can be rebutted through:

Ignorance of the Contents of the Will

When a will is prepared for a testator, and he or she is not given an opportunity to read it, or if he or she is unable to read and its contents have not been explained, such an instrument will not, on contest, be sustained as a will. However, in the absence of evidence of fraud, imposition, or mental incapacity, the testator’s signature is generally considered prima facie evidence of their having understandingly executed it.

Have Any More Questions About Illinois Probate?

Interested in learning more about the ins and outs of contesting or defending a will in the Illinois probate courts? Ready to start discussing all of your options with an experienced, knowledgeable, and compassionate legal professional? We are here for you.

In the event you find yourself dealing with a loved one’s estate or assets in the probate courts, or if there is a contested matter involving a will, our experienced team can help you navigate through the administrative and legal process.

Settling one’s financial matters after a death, with both family members and creditors, can be daunting. Our attorneys have experience with both contested and uncontested estates, asset division, and probate administration.

Founded in 2009 and offering more than 20 years of combined experience, the attorneys and staff at the Law Offices of J. Jeltes work together to provide skilled, efficient, and affordable legal representation to individuals and families going through major life transitions.

We know that every situation is unique, and our attorneys can provide you with a comprehensive one-on-one consultation to discuss your legal concerns and goals. Don’t hesitate to contact us to begin the conversation.