Is Illinois A ‘No-Fault’ Divorce State?

Is Illinois A ‘No-Fault’ Divorce State? 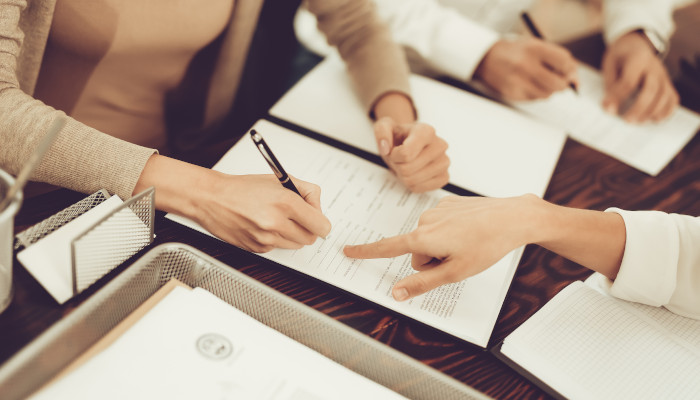 Illinois is considered to be a pure “no-fault” divorce state, and has been since 2016. In other words, this means that the only grounds for divorce recognized in the state is “irreconcilable differences.” The term “no-fault” is used in these situations because this type of divorce — which is known as a dissolution of marriage in Illinois — does not require either spouse to prove that the other did something wrong.

Prior to the sweeping changes ushered in by rewrites to the Illinois Marriage and Dissolution of Marriage Act, Illinois took a dual approach to dissolving marriages. The state allowed for no-fault divorces in cases where the marriage could be deemed irretrievably broken. In order to claim irreconcilable differences, state laws previously required proof of a two-year separation, or a six-month separation with a spouse’s consent and a waiver. At the same time, the spouse who filed for divorce — known as the petitioner — could also choose to cite a cause, or marital “fault,” such as adultery, substance abuse, or physical or mental cruelty.

Why the move away from fault-based grounds for divorce? In Illinois and other “no-fault” states, dissolving a marriage is often faster, more streamlined, and safer than in states where one spouse must justify and prove their reasons for divorce, for any number of reasons. For one thing, in a fault-based divorce, one spouse must have evidence that they can present in court, which may be disputed by the other, dragging the process out. Similarly, proving fault can make things difficult for spouses in relationships with abusive or unfaithful partners, as they may not feel comfortable filing for divorce until they are able to gather documentation or proof against their spouse, keeping them involved in an uncomfortable or even dangerous situation for an extended period of time.

A “no-fault” divorce takes the emphasis off of the why, and instead focuses on the fact that the marriage has not been working, and seems to be beyond repair. As a result, your reasons for seeking divorce, including marital faults, can remain personal. With that said, some of the marital issues that constitute faults may certainly still be addressed in other areas of the divorce, including the division of marital property and the allocation of parental rights and responsibilities (formerly known as child custody).

What Are the Grounds for Divorce In Illinois?

Here in Illinois, “irreconcilable differences” is currently the only recognized grounds for divorce as of 2020.

“Irreconcilable differences” is a term that is broad by design. Generally speaking, to have “irreconcilable differences” means that you and your spouse don’t see eye-to-eye, in a way that has caused lasting damage to your relationship. Past attempts to repair the relationship haven’t worked, and future efforts to resolve your disagreements could be seen as futile, or against the best interests of you, your spouse, or your family.

More specifically, state law defines “irreconcilable differences” as those that:

In most cases, proving irreconcilable differences to the court is a relatively straightforward matter. If both you and your spouse can agree that the marriage has suffered a “breakdown,” then the process may be able to move forward quite quickly, as Illinois does not have a waiting period for divorce.

In other situations, Illinois law says that there is “an irrebuttable presumption that the requirement of irreconcilable differences has been met” if both parties “live separate and apart for a continuous period of not less than 6 months immediately preceding the entry of the judgment dissolving the marriage.”

It is important to note a few key points here. For one thing, the full extent of this separation must occur before the judgment or divorce action, not before you can begin the process or file your petition for dissolution of marriage. There is also significant precedent that living “separately” does not necessarily have to mean that you must live physically apart. A common rule of thumb is that “separate lives” matter more than “separate roofs,” and a couple that shares a physical space but does not function as a married unit can still qualify as separated for these purposes.

With all this being said, it is also important to remember that finding grounds for divorce is just one step in a process that can be quite long and comprehensive, with many moving parts to be addressed. As Illinois law explains, “judgment” for a dissolution of marriage:

“…shall not be entered unless, to the extent it has jurisdiction to do so, the court has considered, approved, reserved or made provision for the allocation of parental responsibilities, the support of any child of the marriage entitled to support, the maintenance of either spouse and the disposition of property. The court shall enter a judgment for dissolution that reserves any of these issues either upon (i) agreement of the parties, or (ii) motion of either party and a finding by the court that appropriate circumstances exist.”

Do You Have Any More Questions About Divorce or Family Law?

Even in the best of circumstances, divorce can be a complex and emotionally draining process. Remember: You don’t have to go through this trying time alone. At the Law Offices of J. Jeltes, Ltd., we make it our mission to ensure that our clients understand the divorce process at each and every step of the way.

If you have any more questions about any aspect of divorce in Illinois, don’t hesitate to reach out to our team of experienced and compassionate advocates to continue the conversation. Our attorneys and staff are skilled in handling legal matters in some of life’s most challenging family transitions, including divorce and the many considerations that go along with it — including issues of property division, maintenance (formerly spousal support or alimony), allocation of marital debt, parental responsibility, and parenting time.

Our legal professionals are driven, attentive, and dedicated to achieving the best results possible. Every situation is unique and before hiring our firm, our attorneys will provide you with a comprehensive one-on-one consultation to discuss your legal concerns and goals.