Can Legalized Recreational Marijuana Use Affect Parenting and Caregiver Rights?

Can Legalized Recreational Marijuana Use Affect Parenting and Caregiver Rights?

The short answer is: yes, just as alcohol is legal and affects parenting and caregiver cases, legalized use of cannabis will not give parents free reign to “get high” without consequence.

Recreational cannabis was legalized as of January 1, 2020, under the Illinois Cannabis Regulation and Tax Act. Divorce and family law attorneys are keeping a close eye on how the now-legal marijuana will affect divorce and parenting cases. Illinois is the 11th state to legalize recreational cannabis. Like many other laws, Illinois lawyers can look to what other states have done in order to provide direction for how Illinois might handle this new untested territory. 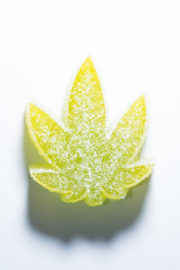 Marijuana, like alcohol, is subject to abuse and can impair parental abilities. Many questions are left unanswered in how recreational marijuana will affect users, including how the police or drug testing facilities will prove whether someone is under the influence of the cannabis compound THC, which remains in the body long after the user is no longer considered “under the influence.” Although the new law allows parents and caregivers to use and possess marijuana recreationally, social stigma continues to surround marijuana use, and many judges have strong opinions about its use.

It is unclear how judges, particularly the older generation of judges, will handle parents and caregivers’ legal recreational marijuana use. However, alcohol and cannabis impairment and abuse has long been a contentious issue in cases involving parenting and caregiver responsibilities. When cannabis was illegal, the testing was more black and white – is there detectable marijuana in the caregiver’s system or not. The testing was never nuanced to determine whether the caregiver was actually “high” when the children were in their care.

There is no reliable testing procedure to determine whether the person is currently under the influence. The Illinois Vehicle Code limits the level of THC to five (5) nanograms in the blood and ten (10) nanograms in other bodily substances. The police departments have started to implement saliva testing, which comes with its own set of questions – is it too invasive without a warrant; is it reliable; will it be upheld in court?  Employment policies say that THC level by itself is insufficient to indicate being under the influence, as the THC levels can indicate past or current use. Employment law legislature added a set of symptoms as indicia of impairment that should be evaluated in addition to THC levels. Some of the symptoms include: (1) physical, (2) dexterity, (3) agility, (4) coordination, (5) demeanor, (6) irrational or unusual behavior, (7) negligence or carelessness in operating equipment or machinery, (8) disregard for the safety of the employees or others. 410 ILCS 705/10-50(d)). Until there are family law statutes in place, family law attorneys and judges may rely on such other areas of law to structure their arguments and their decisions.

We can assume that attorneys will make arguments to a judge that a parent’s use of marijuana outside the presence of his or her children or wards does not endanger the children or wards. However, individual judges may take a different view.  Family law judges have discretion to make decisions based on the unique factual circumstances of each case, using the well-known “best interests of the child” standard.

Some of the highlights of the Act include:

Parents of teens should be aware that the Act specifically states that it is a Class A misdemeanor for any parent or guardian to knowingly permit his or her residence, or any other private property under his or her control (vehicle, boats, etc), to be used by an invitee who is under the age of 21 to consume cannabis. If a violation of this law directly or indirectly results in great bodily harm or death to any person, that parent could be found guilty of a Class 4 felony. The Act also prohibits users from smoking in close proximity to a person who is under the age of 21 (who is not a registered medical cannabis patient under the Compassionate Use of Medical Cannabis Program Act).

Parents or caregivers who have the medical marijuana card may be able to legally have a pot plant in their basement, but the same plant could become problematic in a parenting or caregiving cases, or if a teen’s friend decides to take some of the plant. Parents will also need to be especially careful of preventing children from access to attractive edibles, like gummies or brownies.