Now that the Academy Awards and most other film award pageants have revealed their selections for the best performances of 2015, we can turn our attention to the prestigious annual awards handed out be “The Bar Show,” The Chicago Bar Association’s political satire and parody production. The 92nd annual performance was staged last December. 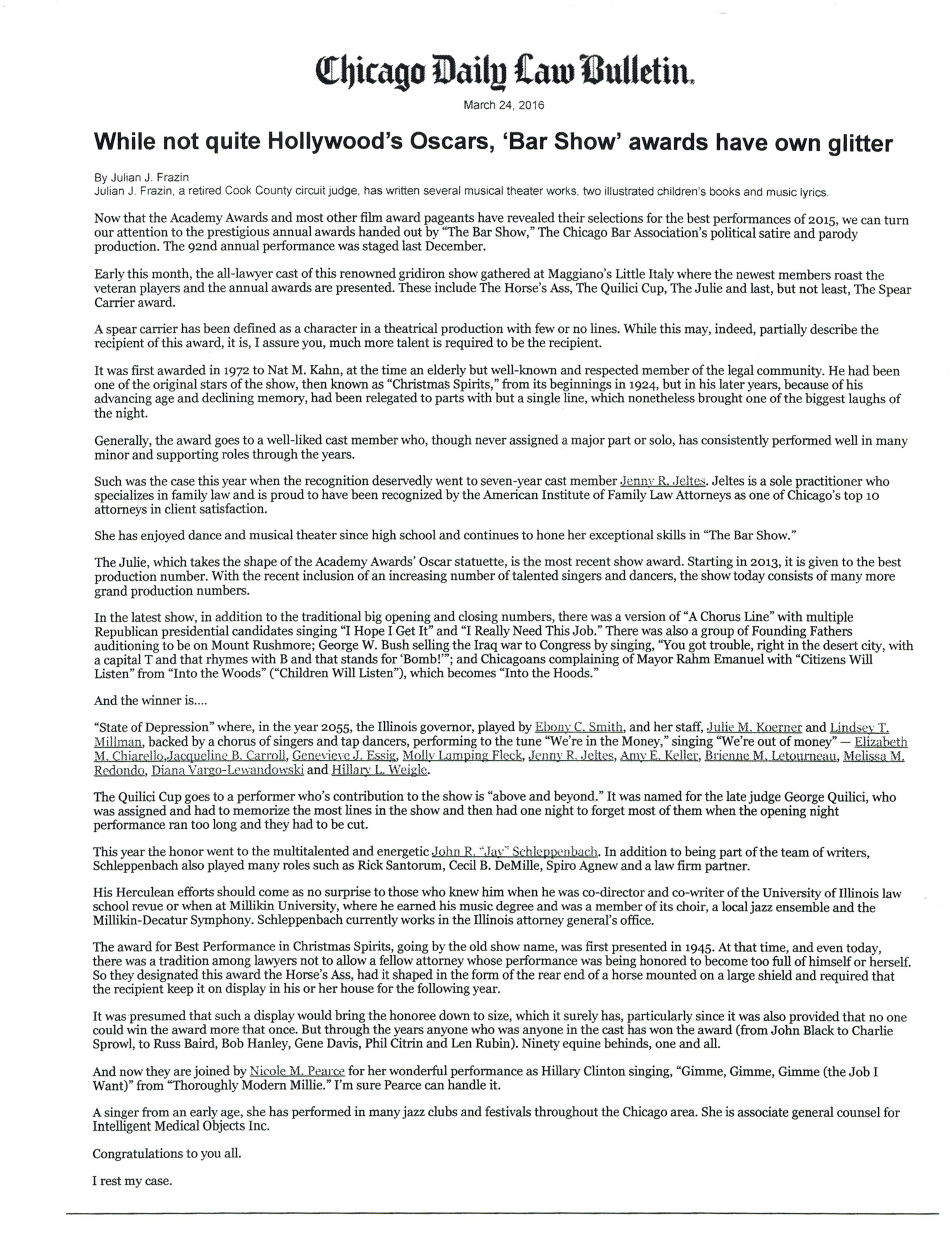